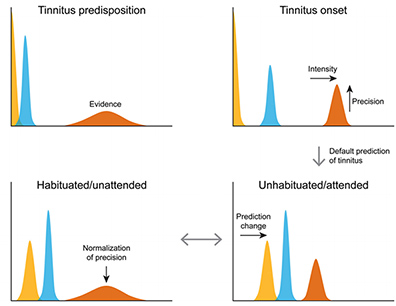 According to the systematic analysis of the Global Burden of Diseases, Injuries and Risk Factors Study 2016, neurological disorders are the leading cause of disability-adjusted life-years and the second leading cause of deaths in the US. This imposes a huge financial burden for the government and care givers. Scientists today are working on identifying early markers to try and reduce the number of people who will be affected by different disorders. In this regard, one of the widely accepted theories in neuroscience about the working of the brain remains the predictive coding theory. According to this theory the brain is considered to maintain an internal representation of the external environment, comparing this internal model with the available sensory cues and updating it. We delve into what are the factors that may predispose the predictive coding aspect of the brain to damage and render certain groups of people more likely to develop a neurological disorder. In the predictive coding model, the predictions (also known as priors) are compared with the sensory input (also known as likelihood) to produce a prediction error. The priors and likelihood are associated with a precision (inverse of the variance) which determine the precision of the prediction error. Precise prediction errors are those that can affect the internal representation. The brain thus updates its prediction, therefore learning to adapt to its environment. The predictive coding model of the brain has been used to explain both adaptive (learning) and maladaptive (disorder) processes in the brain. In the maladaptive domain, the predictive coding literature has been broadly divided into sensory and cognitive disorders covering several neuropathologies such as schizophrenia, psychosis, tinnitus, chronic pain, autism spectrum disorders, auditory and visual hallucinations etc. Studies investigating these pathologies provide evidence for changes in this predictive coding system wherein there is an aberration in the way the brain encodes priors and/or likelihood. Particularly, patients with psychosis (cognitive) tend encode weaker priors therefore do not have a strong internal model. This makes them sensitive to changes in the environment and vulnerable to delusions. On the other hand, people with hallucinations without psychosis (sensory) are hypothesised to encode strong priors, which make them resistant to adapting to changes in the environment. Thus, in the presence of a large prediction error in a sensory domain, the theory is that the brain creates a phantom percept in that sensory domain to minimise the prediction error. The chronicity of the disorder is attributed to the hypothesis that over time the brain learns that the “new state” of either the delusion or hallucination is the new normal. n 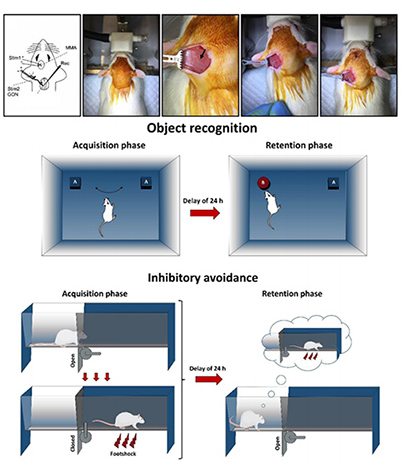 The therapeutic potential of transcranial direct current stimulation has been examined in over 70 diverse conditions, including major depression, epilepsy, pain, stroke, and Parkinson’s disease. However, the assumption that electrical stimulation of the scalp modulates brain activity directly and in a regionally constrained manner to positively impact symptoms is the subject of extensive and ongoing debate. Indeed, skin and skull attenuate most of the current, with only a fraction reaching the brain. Recent research suggests that up to 75% of the applied current does not reach the brain. A possible explanation is that transcranial direct current stimulation affects neural circuits mainly indirectly, i.e. via peripheral nerves. Research has shown that the locus coeruleus noradrenergic (LC-NA) system can be activated by stimulation of peripheral nerves such as the vagus. The modulatory influence of the LC-NA projection on synaptic plasticity within hippocampal neural assemblies supports rapid formation of a novel episode in memory. Specific afferent activity from peripheral nerves through the nucleus tractus solitarius (NTS) can influence central NA activity both directly, via synapses on neurons in the LC, and indirectly, via connections linking LC to the amygdala and hippocampus. Consistent with this, direct stimulation of the vagus nerve in epileptic patients augments memory formation through the LC-NA pathway. Less well known is the fact that another peripheral pathway, the greater occipital nerve, has similar effects to those of the vagus. Both pathways influence bottom-up regulation of cortical gain, psychological arousal, and neurobiological responses to environmental stimuli and stressors via the LC-NA system. Importantly, the occipital nerve can be targeted noninvasively using non-invasive electrical stimulation of the scalp using direct current. In this project explore the potential of greater occipital nerve, the mechanism of action retalted to greater occipital nerve and its implacations for developing new treamtent apporaches. 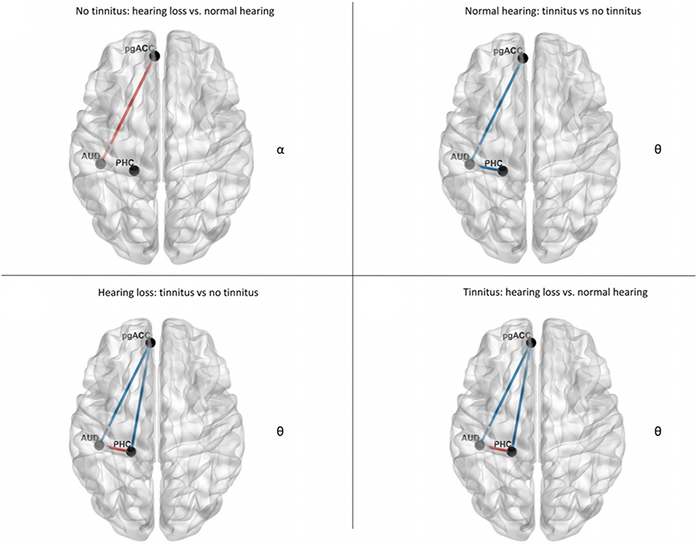 The common core of neurological and psychiatric illnesses

It is becoming increasingly evident that certain brain disorders, both neurological and psychiatric, have a common underlying pathophysiology, with a common anatomical and neurophysiological substrate. For example, voxel based morphology has shown that all axis 1 psychiatric pathologies (schizophrenia, bipolar disorder, depression, addiction, obsessive-compulsive disorder, anxiety) share a common anatomical core in the salience network, a network that encodes behavioural relevance to a stimulus or behavior with the rostral to dorsal anterior cingulate and anterior insula as main hubs). The involvement of the dorsal anterior cingulate as main hub in many more psychiatric disorders is confirmed by a conjunction of different meta-analyses. The cingulate component of this network has been linked to processing of uncertainty at cellular level in monkeys and functionally in humans and may permit adaptive cognitive flexibility to reduce environmental uncertainty